The Race For the Top of the East

The Eastern Conference is very intriguing, to say the least; from Kawhi being on the Raptors to Kyrie looking unhappy to Sixers who have made two of the biggest moves this year to make there starting five one of the best in the league.

Saying all of that, the Milwaukee Bucks are at the top of the NBA landscape. The franchise owns the best record (42-14) putting them at top of the Eastern Conference. Giannis Antetokumpo leads the way and makes the success of the Bucks possible. He is having a monster year, a lot of credit goes to Bucks head coach Mike Budenholzer. He has put in a system that is made to space the floor out and for the offense to shoot a high percentage of threes. With that being implemented to the offense that gives Giannis many driving lanes and giving him space to operate and create out of double teams.

The number two seed in the East is the Toronto Raptors. The Raptors are loaded with the new acquisition Marc Gasol! Nick Nurse and staff have set up the Raptors to be a title contender. Let’s not forget that Kawhi is there and means business. Leonard this year is averaging 27 ppg, 7.7 reb, and 4.5 ast. He has opened up so much for the Raptors and he has benefited up-and-coming star Pascal Siakam. Siakam is having himself quite the year, averaging 15.7 ppg and 7 reb. Siakam and Kawhi are nightmares on the defensive side of things. The size and the arm length on both of them disrupt ball handlers and their size has an effect on shots.

The Indiana Pacers are 3rd in the East without their star player Victor Oladipo who is out for the rest of the season. They are the team that is just solid in every phase of the game. Indiana recently signed Wes Matthews to the roster to add more shooting which is much needed for the Pacers. Domontas Sabonis has been a monster for the Pacers this year snatching down 9.2 rebounds a game and pouring in 14.2 ppg. The pick and roll between him and the guards is fun to watch. Sabonis opens up the floor by doing just that. He has the option to roll, slip the screen or pull up for a three or a mid-range jumper. To me, he is the key to the Indiana Pacers’ Success!

*Note: Boston and Philly both have the same record right now, so we’re going to include them both in the discussion for the 4th seed*

Finally to the best starting 5 in the Eastern Conference, in my opinion, the Philadelphia 76ixers. They have made two of the biggest moves this year by trading for Jimmy Butler earlier in the season and then trading for Tobias Harris, Mike Scott, Jonathan Simmons & NBA favorite BOBAN  (oh and James Ennis). These players have played two games so far and they have all fit well within the system. Tobias Harris spaces the floor with his shooting and also he can make plays on his own which I think is an underrated part of his game. Boban Marjanovic is a good backup center, which is great for the Sixers. This helps the team because it means Embiid can play fewer minutes and he can stay healthy for the postseason. The bench has been upgraded also with Mike Scott who is shooting the three-ball at 37% and stretches the floor for the second unit. James Ennis and Jonathan Simmons bring that gritty defense to the team and that tough guy mentality.

Tied with the 76ers are the Boston Celtics. This team is in a weird place right now. For one, you have Kyrie Irving coming out and running his mouth to the media. You also have Marcus Morris coming out and saying ”it isn’t fun anymore.” There are just a lot of distractions for the Boston Celtics. Their young players like Jayson Tatum, Jalen Brown, and Terry Rozier don’t look like they are having fun like last year during their Playoff run. Something is not right with Gordon Hayward, its like he is scared to take over games, or it may be the young players are holding him back, or maybe the young core doesn’t want Gordon there because he’s taking their minutes away from them. It’s just a situation that needs to be resolved before we see this team get bounced in the second round of the Playoffs.

The top of the East is pretty set right now. The gap between Philly, the technical 5-seed and Brooklyn, the 6-seed is pretty large, with Philly having a seven and a half game lead on Brooklyn. These five teams are going to be at the top of the east when it’s all said and done, and it’s going to be one hell of a finish to the season. Basketball fans, get ready for a fun three months of Eastern Conference basketball. 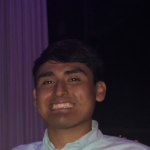