The 2018 Toronto International Film Festival is right around the corner and this year’s line up includes over 115 titles from all over the world making their North American and even world premiere. As a fan of film, I am quite excited to be attending my first ever major film festival. I’m looking to expand my horizons and venture into genres that are out of my comfort zone. If fate wills it, I will be able to see almost every one of my most anticipated films of the rest of this year – and even some that won’t get release dates until next year.  Here are some highlights of what’s showing at TIFF 2018.

This Japanese romantic drama was nominated for the Palme d’Or at the Cannes Film Festival earlier this year. Directed by Ryusuke Hamaguchi, it is the story of lost love found. When Asako’s boyfriend mysteriously disappears, she gets a second chance two years later with his doppelgänger. Foreign language films are not usually my go-to movies. However, every now and then, one catches my eye and this definitely has. While it is described as a romance/drama, it seems like it could have some sci-fi elements to it, which could be very interesting.

Whiplash was on my radar from rave reviews out of Sundance back in 2014. I got the chance to see it finally in January of 2015, in a tiny indie theater in the back of a coffee shop in Columbia, Missouri. So indie in fact, that the seats were old sofas and lounge chairs. Damien Chazelle quickly became a candidate as one of my favorite directors. When La La Land was announced, my ticket was already booked. He had me hook, line and sinker: Ryan Gosling. Hollywood. Musical. But it left much to be desired, so I’m hoping that First Man makes me fall in love with Chazelle again. He’s taking Ryan Gosling to the moon in the story of the Apollo 11 mission and shot select scenes with 70mm IMAX cameras.

If Beale Street Could Talk –

Really looking like Barry Jenkins will be going up against Damien Chazelle in the Best Director category at the 2019 Oscars. Jenkins’ last picture, Moonlight, took home the Best Picture award in 2017 – a major upset and a huge debacle. It was adapted from an unpublished, semi-autobiographical play. Beale Street will be another adaptation, this time of a work by renowned author James Baldwin. Jenkins began writing this film in 2013 – the same year he wrote Moonlight – and it was meant to be made by Focus Features, but it never got off the ground. The story follows two young people in love, Fonny and Tish, but when Fonny is accused of rape and arrested, Tish learns that she is pregnant. It’s a race against time to prove Fonny’s innocence before the baby is born. The cast is full of heavy hitters such as Regina King and Pedro Pascal. Kiki Layne and Stephan James star as Tish and Fonny, respectively. Brian Tyree Henry, Dave Franco and Diego Luna also star.

Another space movie and perhaps the Con Air of French cinema. It’s Robert Pattinson as a criminal sent into deep space. For what? No idea. Details are quite sparse and I’ve purposefully not looked for any information beyond a release date because I’m already sold on Pattinson in space alone. Last year, Pattinson starred in Good Time, in which he played a criminal on the run in the neon-licked underbelly of New York City to bail out his mentally-challenged brother for a crime he was forced into committing. At the time, I coined R-Patz’s come back, “the Pattinsonaissance.” I think he’s worked hard to shed the stigma of playing a sparkly, pretty boy vampire (personally, I enjoyed Twilight) and he’s definitely going about it the right way. High Life is written and directed by Claire Denis.

Timothée Chalamet stole the hearts of young film stans everywhere last fall with his turn as a bisexual teenager, Elio Perlman, who falls in love with his father’s intern that is seven years his senior over the summer of 1982, somewhere in Northern Italy in Luca Guadagnino’s adaption of Andre Aciman’s Call Me by Your Name. Chalamet received a lot of nominations during the awards season, going so far as to garnering a Best Actor nomination at the 90thAcademy Awards. In Beautiful Boy, he plays Nic Sheff, the meth addict son of Steve Carrell’s David Sheff. It is an adapation of the memoirs of the real life David and Nic Sheff. Chalamet will break hearts once again as we watch his journey through addiction, relapse and recovery. Expect awards buzz once again and of course everyone will be watching to see if he takes home the Oscar next year.

Personally did not know this existed until the festival announced its line-up, which is quite surprising given the subject matter. No, this isn’t the sequel to Nicolas Winding Refn’s masterpiece, Drive, but the story of the rise and downfall of the man behind the iconic DeLorean. Lee Pace stars as John DeLorean, the designer of the stainless steel sports car made famous in the Back to the Future trilogy. Jason Sudeikis is Jim Hoffman, John’s huckster neighbor who has just been busted by the FBI for smuggling a plane full of narcotics and is now working to frame DeLorean for his crimes in order to score a huge payday. The cast also includes Pam Greer and Corey Stoll. It’s directed by Nick Hamm.

Those are just a handful of the movies on my watchlist for TIFF. Others include: The Predator, Boy Erased, Her Smell, A Star Is Born, Shoplifters and The Wind. It will be the most movies I’ve ever watched in a week and I am both excited and scared at the same time. The 2018 Toronto International Film Festival opens on September 6th and runs through September 16th. Tickets go on sale to the public on September 3rd. For more information, including the festival schedule or ticket information, you can find it at the festival’s official site. What are you looking forward to seeing? Let us know in the comments below! 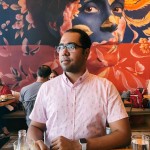 I've been a lover of movies ever since I saw Jurassic Park for the first time. Huge fan of Star Wars. Self-proclaimed Marvel Cinematic Universe Historian. Recently started appreciating indie cinema. Favorite films include: Back to the Future, Empire Strikes Back, Phantom Thread, and Drive. Follow me on Twitter: @DarthGroudon

I've been a lover of movies ever since I saw Jurassic Park for the first time. Huge fan of Star Wars. Self-proclaimed Marvel Cinematic Universe Historian. Recently started appreciating indie cinema. Favorite films include: Back to the Future, Empire Strikes Back, Phantom Thread, and Drive. Follow me on Twitter: @DarthGroudon