This offseason the Denver Nuggets have had a large transformation. They have added a few pieces (MPJ, Isaiah Thomas) and even subtracted a few pieces (Kenneth Faried, Wilson Chandler, and Darrell Arthur). But maybe the biggest change came in the Twitter Purge of 2018.

Okay, okay, I know it has nothing to do with on the court play, but the amount of followers a person has can be used as a badge of honor. Take for example my running around my house screaming in excitement when I reached the 1k twitter follower threshold, and then crying into my Lucky Charms when two of those followers checked out later that morning. But it is a huge deal in bragging rights among players, but also an even bigger deal in branding. So much so, that many players early in their career buy twitter followers.

The social media site announced Wednesday that it planned to purge millions of “locked” accounts, or user profiles that had been frozen due to inactivity or suspicious behavior. Some of these accounts might be just inactive accounts, others have been linked to accounts that are purchased, or even more nefarious Russian troll farms. Regardless, yesterday it is interesting to see which of the Denver Nuggets players gained followers and which ones may have purchased lost followers in the Great Purge.

First and foremost, the official Denver Nuggets twitter account lost 17,542 followers in the purge. That is a tad more than the Utah Jazz (-16,376) but not even close to the 365,186 followers lost by the Los Angeles Lakers.

It would be of no surprise to many Nuggets fans that the recently signed Torrey Craig (@TCraig_23) actually gained 5 followers. Not to much fanfare, every time he seems to always leave the court with a positive, so this is pretty on brand. Other lesser known players like Juancho Hernangomez (@Juanchohg14 gained 23 followers), and rookie Michael Porter Jr (@MPJr gained 50) gained followers. But this generally wasn’t the case with many of the more prominent men on the roster. In fact, 4 of Denver’s projected starting 5 (Will Barton, Gary Harris, Jamal Murray, and Paul Millsap) combined to lose 3,534 followers. Don’t worry Nuggets fans. Utah Jazz Power Forward Derrick Favors lost 3,969 all by himself.

It would also come as no surprise that the big man in the middle, Nikola Jokic (@JokicNikola15), even after signing a max contract, was the only starter still in the black as he gained 29 Twitter followers yesterday even after the Purge. That guy never looks like much but always seems to provide positive stats.

Also, not surprising, the Denver Nugget who lost the most Twitter followers yesterday in the Purge was newly signed Isaiah Thomas (@IsaiahThomas). Poor guy, after having a rough year and signing for the veteran’s minimum, capped it all off by losing a whopping 8,743 followers. It’s hard to tell how many of those were inactive bots, or #lakertwitter tweeps who hate him for going to the Nuggets, but regardless all nuggets fans should probably follow the guy and make him feel welcome.

Below is the list of all the players and how the Purge treated them. 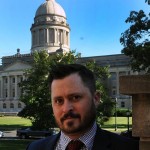 Is Nikola Jokic the Best Passing Big Ever?